Share on FacebookShare on TwitterTelegramEmail
In the recently concluded Assembly polls, BJP emerged as a clear cut winner by bagging 32 seats. This is due to PM Narendra Modi’s commitment to Sabka Saath, Sabka Vikas  and the party’s commendable work in curbing militancy,  eliminating blockade culture and ending Commission Raj

The victory of Bharatiya Janata Party in Manipur with an absolute majority is music to the ears of the people of this Northeastern State. By winning 32 seats in the 60 seats Assembly, BJP is going to form its own Government in this North Eastern State. It went all alone yet added 11 more seats to its earlier tally of 2017. Congress has now been reduced to mere four seats.

Since 2014, the North East has been proved to be a winning track for BJP, which had vowed to make North East "Congress mukt". This is becoming a reality with every election that is conducted in the region. The Assembly election results in Manipur have shown this again. Like Assam and Arunachal Pradesh, the BJP has come to power in Manipur for the second consecutive term with a thumping win.

This time round, BJP fought the election in Manipur with its developmental agenda. The BJP Government had successfully curbed the militancy problem to a great extent in Manipur in the last five years. A blockade-free Manipur was a promise made by Prime Minister Narendra Modi in 2017 to the people of the State. The N Biren Singh-led BJP Government successfully eliminated the blockade culture in Manipur in the last five years. This significantly increased the credibility of the BJP as a party which delivers its promises made by its leadership.

After India's Independence, Manipur was one of the most neglected States in the country. Lack of communication, underdevelopment, blockade and militancy were like a part of the life of the people of the State. During the long rule of the Congress party, Manipur became a hotspot of terrorism, militancy, divisive politics and large scale corruption. 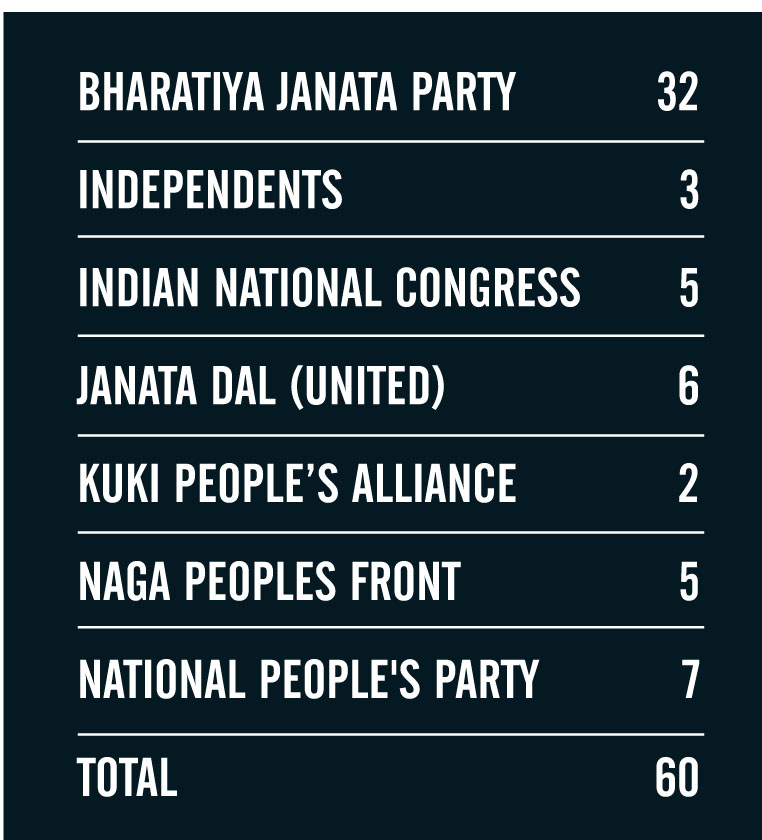 Prime Minister Narendra Modi, in his election rally, had clearly asserted that BJP will end the Commission Raj created by the Congress in the State. The election result has proved that the people of Manipur accepted the promise of a corruption-free Government by PM Narendra Modi and other BJP leaders. After a humongous success in Assam in 2016, BJP ventured into Manipur under the leadership of PM Modi. BJP promised a developed and peaceful Manipur in 2017. The Saffron party formed the Government with its alliance partner, under the leadership of Chief Minister N Biren Singh. 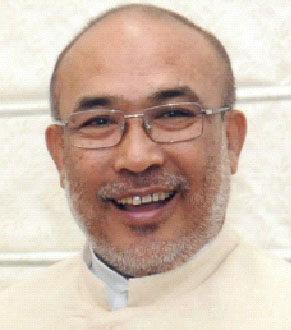 I thank the people of Manipur. I thank our national leaders PM Modi, Amit Shah, JP Nadda for guiding us, and due to that, we've won in Manipur. Victory in Goa, Uttarakhand and Uttar Pradesh shows PM Modi's mantra of 'Sabka Saath Sabka Vikas'     — N Biren Singh, Manipur CM

Both the State and Central Governments in the last five years tried to uplift the lost historic glories of Manipur, which were well appreciated  by the  proud Manipuri citizens. The Centre’s decision to rechristen Mount Harriet, a historical tourist spot in the Andaman and Nicobar islands, as Mount Manipur was one of the many decisions by the Central Government which resulted in the massive victory of BJP in this North Eastern State. This name change was done to pay respect to the great freedom fighters of Manipur.

The division created by the Congress party between the people of the hill and those living in the Valley of Manipur was one of the major political issues in the State. 'Go to Hill' mission was initiated by the BJP Government to mitigate the differences between hill and Valley of the State. The result has shown that the good governance of the BJP is well accepted by the Naga tribes which are dominating hill districts of Manipur. BJP has won eight seats in the hill region.

Delivery of services on time by the BJP Government was also a major contributor to BJP’s win in Manipur. For the first time, people of Manipur have been beneficiaries of all small and big schemes launched by both State and Central Governments. This has been done without a cut by the middlemen.

Meanwhile, the State BJP president, A Sarada Devi, described the massive victory as a win for the development and good governance by Chief Minister N Biren Singh-led BJP Government and the charisma of Prime Minister Narendra Modi.

BJP decided to fight the battle alone when it started its campaign for an absolute majority Government in Manipur. The decision to go alone by BJP leadership has proven as a correct settlement as the party is heading to form its own Government in Manipur for the first time.

In the 60 Assembly seats of Manipur, the ruling BJP won 32 seats, adding 11 more seats in its tally than the earlier polls of 2017. The Congress party, which ruled the State for several decades, has been reduced to single digits and managed to win only four seats. Congress was the largest party in Manipur in 2017 and won 28 seats. But misrule by the Congress during its long tenure in Manipur haunted the oldest party. Lack of Central and State leadership was also one of the prime reasons for the way in which Congress has been wiped out from the State. After the result of Manipur election, political commentators of the region have come to the conclusion that the Congress party has lost the last bastion in the region with this worst ever performance.