Share on FacebookShare on TwitterTelegramEmail
The people of Punjab are looking for this change is obvious by the manner in which they have totally rejected the parties and leaders that have ruled the state for many decades. BJP is a very big party that has a reputation for bringing about dynamic change in the shortest time possible

The significant Vidhan Sabha elections in five States culminated on March 10 with the declaration of results. They have dominated the political debates across the country for a long time now. The Bharatiya Janata Party (BJP) has emerged as the biggest gainer, having conclusively garnered a majority in Uttar Pradesh, Manipur, Uttarakhand and Goa.

In Punjab, the BJP could not register a desirable presence. There is, however, a firm view that despite the electoral setback, the BJP has achieved a lot in Punjab and considerably strengthened its position. It has done quite well when one considers the challenges that it faced.

There were a number of significant issues to contend with in the run-up to the elections. The party was facing a backlash of the farmers' agitation. Some respite came when the Union Government repealed the said laws in a wise and mature decision. The decision provided a window for the party to launch its election campaign without a violent reaction from the farmers. 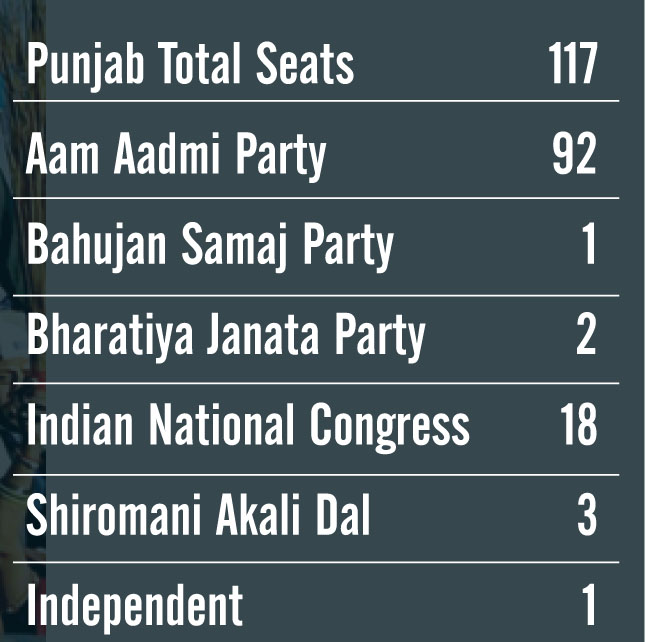 The coalition of BJP with SAD had come by, many decades earlier, as the result of a noble decision to join hands at a time when maintaining harmony between various communities was most important to challenge the growing cult of militancy. The party has now realised and publicly accepted the mistake that it made in remaining a junior party of a political coalition with the SAD for far too long.

With the coalition breaking down (due to obduracy of SAD), the party did heave a sigh of relief but was, for the first time in many decades, called upon to fight the elections as an independent entity. This involved creation of a pan-Punjab organisation that posed a challenge since the party had remained overly dependent upon SAD for the rural areas for too long.

It was against the backdrop of the aforementioned challenges that the party set about to recreate itself. It succeeded in creating a pan-Punjab presence that translated into fighting elections as a senior partner of a coalition and contesting 65 seats. It was a giant leap for a party that earlier had a presence only in about 23-30 Vidhan Sabha constituencies. Also, the party that had been labelled as a Hindu-centric in Punjab now fielded about 27 Sikh candidates in the election and thus created for itself a Punjabiat persona.

Now all wrongs have been set right, and the party is poised to take its rightful place in the state's political environment. Succinctly put, the BJP has won the battle even as the war continues. There is a long journey ahead before the bugle of absolute victory can be sounded. The future will see only a forward movement and nothing else.

The gains accrued can be attributed to the hard work and dedication of each and every worker of the party who withstood tremendous trials and tribulations and yet stood tall. Tremendous support came from the Centre in the form of an excellent team designated to assist in the elections. Punjab cannot ever forget the selfless contribution of the luminaries who came forward to help during this dynamic and challenging period. 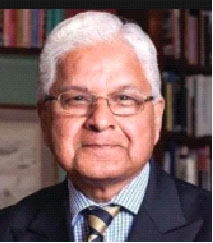 The Union Government has a big role to play in the future development of Punjab since most funds are released from the Centre. Traditionally, the BJP leadership and cadre hold a special love and respect for Punjab and its people, especially the Sikh community, that stands tall in support of the Nation and its people always and every time. Whether in Government or out of it, the BJP always works relentlessly for the betterment of Punjab. Hence, while accepting the verdict of the people, that party will remain engaged in ushering peace and prosperity in this border state that holds great strategic significance. It will, therefore, follow up on the mandate promised to the people in the election manifesto. The state unit will continuously seek guidance and support from the Centre to implement progressive schemes in Punjab that can propel the state out of its present critical situation created by the mis-governance of the parties in power over many decades.

The Aam Aadmi Party has emerged as the single largest party in Punjab with a resounding majority. It will, therefore, form the Government. It is hoped that petty politics will not come in the way of the party maintaining a cordial and professional relationship with the Union Government and getting all fiscal and development benefits that are due to the State from the Centre.

BJP to keep a tab on State Government

It would be sad if the State Government resorts to hiding its inadequacies by spreading canards about funds not being released by the Centre, which is a possibility considering the difficulty that it will face in meeting its electoral promises based on a dole and subsidy model. The State apparatus of the BJP will need to keep a keen eye on the funds received and their judicious and legal use by the State Government. This can be done only if the State BJP institutes the concept of a shadow government in Punjab.

Reforms in the party organisation are necessary, considering the party's larger role is now being called upon to play. Structures that accommodate all communities have to be created. The enhanced cadre of the BJP in Punjab is a big resource that can be optimally utilised.

Today, Punjab presents a huge opportunity to bring about the much-needed change that can propel the unfortunate region out of its very poor condition. That the people are looking for this change is obvious by the manner in which they have totally rejected the parties and leaders that have ruled the state for many decades. BJP is a very big party that has a reputation for bringing  about dynamic change in the shortest time possible. The  people will also look upon the party to do so in Punjab, regardless of the Government being from  party. BJP must live up to the expectations of  the people. n