With Taliban surging ahead, a prolonged conflict or civil war is staring at Afghanistan. Though Pakistan is behind the Taliban, no country in the region is likely to emerge unscathed by the turn of events

The United States is finally bringing to a close, its 20-year war in Afghanistan, with the last batch of US troops leaving the country by the end of August 2021. After long and tortuous negotiations between the Taliban and the US special emissary, Zalmay Khalilzad, an agreement was signed in Doha on February 29, 2020, in which the US committed itself to a phased withdrawal of all US and NATO troops from Afghanistan within 14 months of signing the accord. The Taliban, on its part made a commitment to sever ties with al Qaida and prevent the use of Afghan soil by any terrorist group to threaten the United States and its allies. The Government of Afghanistan was not a party to the above agreement.

The US withdrawal was, however, contingent on the Taliban keeping its side of the agreement. It was also contingent on the results of the US elections of 2020. The elections saw the Democrats coming back to power with Joe Biden becoming the President of the United States. But the new US President, on assuming office in January 2021, was equally committed to bringing the war to a close and an indication to that effect was his retention of Zalmay Khalilzad as the President’s Special Emissary. President Biden made it clear that all US forces would leave Afghanistan before 11 September 2021—the 20th Anniversary of the targeted attacks on the US by al Qaida.

For the purpose of forming an inclusive government, intra-Afghan talks officially commenced on September 12, 2020 in Doha. But these had more to do with procedural rules and in setting the agenda for the talks. Since then, little headway has been made in intra-Afghan talks and they remain inconclusive till date. The Taliban, while it has refrained from targeting US and NATO forces, has continued to target Afghan National Defence Security Forces (ANDSF) and is now in control of most of Afghanistan’s 400 districts. However, major population centres are still under the control of the Afghanistan Government, though they are coming increasingly under siege. The Taliban has also captured strategic crossroads, and is now controlling the border crossings with Tajikistan, Uzbekistan, Iran and Turkmenistan. They have also overrun Spin Boldak, bordering Baluchistan, which, for the purposes of trade, is even more significant than the Torkham border crossing near the Khyber Pass. As of now, the Afghan Taliban, taking advantage of the security vacuum left by the withdrawal of US forces and with the assistance of other Pakistan based terrorist groups like the Tehrik-e-Taliban Pakistan (TTP) as also with the help of the Pakistani establishment, is in control of vast swathes of the countryside and key border towns.

But despite the spectacular gains made by the Taliban in the last few weeks, the ANDSF is unlikely to cave in. We are already witnessing a pushback by the Afghan forces, and in a counter-offensive launched in the first week of August, the Taliban has been pushed back from some areas and has suffered a large number of casualties. The ANDSF was supported by US air strikes, but the availability of such support after the US withdrawal is complete will depend on whether the US has an air base near Afghanistan, possibly in one of the Central Asian republics bordering Afghanistan, to make air support viable in time and space.

The US has committed itself to Afghanistan, though not to any particular government. How this shapes out will have to be seen in the coming months. They will maintain a small military presence to protect their embassy staff and will take steps to see that the Kabul airport does not fall into the hands of the Taliban. US proposals for Turkey to take over security duties to protect the airport have to be seen in that light. This, however, has been rejected by the Taliban. Kabul airport is vital to the US as it will enable them to evacuate their personnel, should there be a likelihood of Kabul falling to the Taliban.

Both Russia and China too have security concerns post the US withdrawal. In the Shanghai Cooperation Organisation (SCO) meeting of foreign ministers in July in the Tajik capital, Dushanbe, those concerns came to the fore. China’s foreign minister, Wang Li wanted the Taliban to make a clean break with all terrorist organisations, reflecting their concern with the Eastern Turkestan Islamic Movement (ETIM), a Uighur militant group founded in China’s western Xinjiang. They also called for “Real inter-Afghan negotiations towards national reconciliation and a durable political solution,”to prevent an all-out civil war and stated their willingness to “facilitate” such a dialogue. A disturbed Afghanistan is not good news for China’s economic interests in the region and to their Belt and Road Initiative (BRI). However, China’s policy on Afghanistan will be heavily dependent on Pakistan, whose support and advice it will seek to maintain its interests. China is unlikely to put troops on the ground to secure its nebulous interests in Afghanistan, but will likely use money power to secure its interests with various tribal groups. 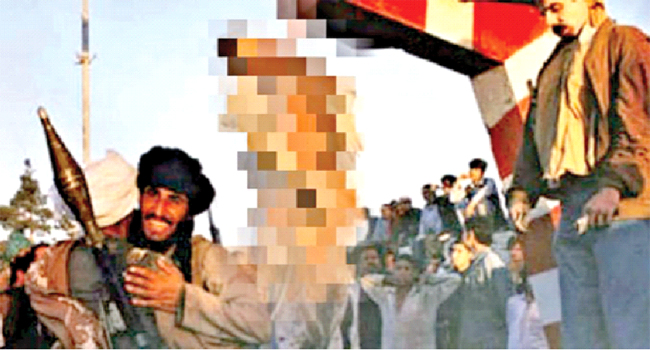 Pakistan remains a major player on the Afghanistan chessboard. Pakistan’s military has for long supported the Taliban, arguing that the ethnically overlapping population on either side of the Durand Line represents a reality on the ground which Pakistan can ill afford to ignore. In any post-US withdrawal government formation in Afghanistan, Pakistan desires to be in the driver’s sea

For Russia, the concerns mainly relate to the spread of radical Islam to the Central Asian Republics and its further spread to radicalise Muslims in the North Caucasus, like in Dagestan and Chechnya. In Dushanbe, the Russian presidential envoy Zamir Kabulov gave out the Russian perspective, which called for Kabul and the Taliban to form a provisional coalition Government for the next two-three years while they negotiate a permanent agreement. This, however, is a pipedream as ideological barriers between the two sides are insurmountable, with the Taliban’s insistence on creating a theocratic Islamic emirate and its abhorrence of the electoral process.

Iran, too, despite the fact that it actively called for the removal of US forces from Afghanistan is not too well-placed in case of a Taliban takeover. It throws open the possibility of a large number of Hazaras in Afghanistan, who are Shia Muslims, fleeing Afghanistan and seeking shelter in Iran.

Pakistan remains a major player on the Afghanistan chessboard. Pakistan’s military has for long supported the Taliban, arguing that the ethnically overlapping population on either side of the Durand Line represents a reality on the ground which Pakistan can ill-afford to ignore. It remains concerned over what it perceives to be India using Afghanistan as a launch pad to fuel insurgencies and further break Pakistan on ethnic lines—and so desires to eliminate Indian presence in Afghanistan. While extending support to the Taliban, it has played with consummate skill the duplicitous game of also keeping on the right side of Washington. In any post-US withdrawal government formation in Afghanistan, Pakistan desires to be in the driver’s seat.

Lacking land access to the country, India remains a marginal player in Afghanistan, despite the fund of goodwill it has generated among the people of Afghanistan due to the development assistance it has provided to the country over the past two decades. Indian interests seek a solution in Afghanistan which is Afghan led, Afghan owned and Afghan controlled.

In the present circumstances, no country is likely to emerge unscathed by the events unfolding in Afghanistan, which will remain depressingly uncertain and violent. Even an outright victory for the Taliban may not be good news for Pakistan as it will fuel insurgencies by organisations such as the TTP, which aim to create a theocratic state in Pakistan. Pakistan will also have to bear the brunt of the refugee problem that a Taliban victory will lead to. Considering its own weak economy, that is a burden which the country can ill afford to bear. More importantly, there is little to indicate that the Taliban will defer to Pakistan, should they seize power. As the US is unlikely to reconcile with the group over the long term, Pakistan may well find itself in the impossible position of trying to rein in the Taliban under pressure from the US and the international community. 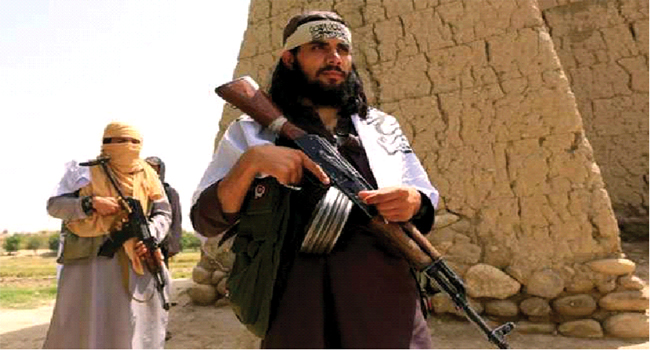 No country is likely to emerge unscathed by the events unfolding in Afghanistan, which will remain depressingly uncertain and violent. Even an outright victory for the Taliban may not be good news for Pakistan as it will fuel insurgencies by organisations such as the TTP, which aim to create a theocratic state in Pakistan

For Russia and China, a Taliban victory is no guarantee that the territory of Afghanistan will not be used to fuel insurgencies in their backyard. Assurance given by the Taliban leadership are suspect as most of the tribal leaders have their own loyalties and agendas. We are thus looking at a prolonged conflict or civil war, with none of the regional players in a position of advantage.

India will have to tread cautiously and watch the unfolding situation carefully. Indian options are limited, but will perforce remain engaged with the government and people of Afghanistan and with all the major players. The prognosis for the short term is that Afghanistan will face a period of increasing uncertainty, with high levels of violence. The people of Afghanistan will remain trapped in the quagmire of the emerging conflict for power and will unfortunately have to pay the price.

(The writer is former Director of Centre for Land Warfare Studies)

The Dangers of ‘Changed Taliban’