Why Bharat Needs to Implement CAA

Why Bharat Needs to Implement CAA A Pakistani Hindu refugee at a protest in Delhi

The Government of Pakistan has reportedly failed to protect Hindu places of worship and burial grounds. By 2014, only 20 out of 428 Hindu places of worship entrusted to the Evacuee Trust Property Board were reported to be operational. Like members of other non-Muslim religious minorities, Hindus are reportedly subject to discrimination in admission to higher education institutions and access to employment. Hindus of Scheduled Castes in particular are reportedly usually limited to underpaid and low status employment, such as jobs as fishermen, cobblers, brick makers, sweepers and other sanitation jobs.

Some Scheduled Caste families reportedly avoid sending their daughters to schools due to fear of their safety and personal security. Furthermore, it is reported that public school textbooks include derogatory remarks and hate speech against Hindus. Scheduled Caste Hindus are reportedly faced with restrictions on access to public spaces and public services.

Hindus have also reportedly faced some difficulty in importing religious literature from India. There are reports of the police being reluctant to register, investigate or intervene in cases of abduction, forced conversion and forced marriage, to which Hindu women and girls are particularly vulnerable. Moreover, victims’ families have reportedly been harassed or received death threats from the perpetrators after reporting such incidents to the police. Hindu representatives state that Hindu victims of forced marriage and conversions are pressured and threatened into saying publicly they had entered into the marriage of their own free will.

In June 2016, an elderly Hindu man was reportedly attacked by an off-duty police officer allegedly for eating (or selling food) during the fasting month of Ramadan. In April 2015, Hindu community members reported that police at the Sindh-Balochistan border demanded bribes from Hindus performing their annual pilgrimage to a Hindu temple in Balochistan. Police have reportedly felt unable to effectively investigate cases of bonded labour, an issue which affects Hindus disproportionately, due to the social influence of the alleged perpetrators, despite the fact that bonded labour is criminalised under Pakistan’s labour laws. Hindus from Scheduled Castes are reportedly subjected to caste-based discrimination, social exclusion and marginalisation, and also to practices of untouchability. Tensions between Muslims and Hindus are reported to be high, with allegations of blasphemy against Hindu individuals reportedly triggering violent reactions from large crowds. Large mobs have reportedly threatened Hindus who were celebrating Hindu festivals, and have pressured police to act on charges of blasphemy. 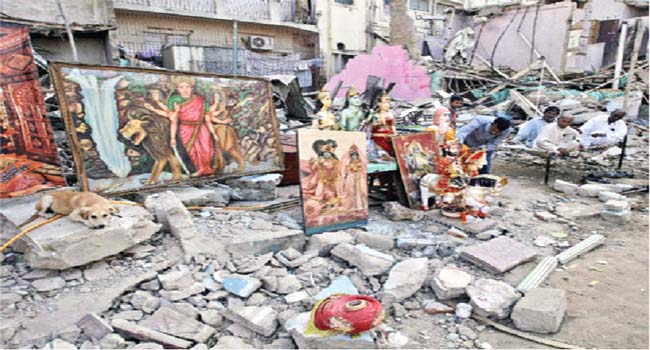 Attacks on Hindu temples in Pakistan is a worrying trend

Human rights and community groups report that women and girls from religious minorities, including in particular Hindus especially those from Scheduled Castes (Dalits) are at disproportionate risk of abduction and sexual violence; such attacks may result in the forced marriage of the victims to their abductors, with the perpetrators claiming that their victims had converted to Islam. Conservative estimates suggest that at least 300 Hindu women or girls become victims of forced conversion and marriage each year, but this is likely to be an underestimate. Some madrassas, particularly in Sindh, reportedly conduct “organised conversions”, where they abduct Hindu girls to forcibly convert them to Islam.

Hindus have also reportedly been targets of kidnappings and abductions for ransom, in particular in Balochistan province. There have also been cases of religiously motivated targeted killings as well as reports of hate speech calling for Hindus to convert to Islam or face death.

There are reportedly between three to eight million bonded labourers in Pakistan, with the majority in Sindh and Punjab provinces. Hindus, particularly from lower castes and those in lower socio-economic circumstances, are reported to be disproportionately vulnerable to bonded labour, which is reportedly often accompanied by physical abuse and limitations on the victims’ freedom of movement.

The Human Rights Council, the central human rights institution of the United Nations (“UN”), has affirmed that “racism, racial discrimination, xenophobia and related intolerance condoned by Governmental policies violate human rights, as established in the relevant international and regional human rights instruments, and are incompatible with democracy, the rule of law and transparent and accountable governance.” The Human Rights Council has also urged “governments to summon the necessary political will to take decisive steps to combat racism in all its forms and manifestations.” 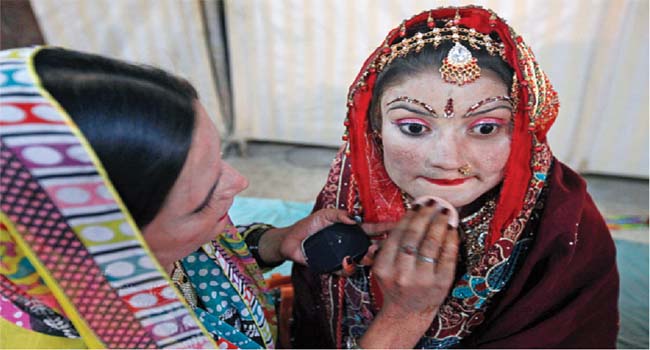 With increasing cases of Hindu girls being abducted and forcibly converted to Islam in Pakistan, Hindu families in Sindh have been fleeing the region

Protection And Durable Solution in India

The Assam-Mizo Conflict: A Challenge to Co- operative Federalism