General Ata Mohammad Noor, leader of Jamiat-e Islami Afghanistan and the former Governor of Balkh Province, has been the most important strongman and commander in North Afghanistan. Currently, General Ata visited Qatar’s capital Doha to attend peace talks with the Taliban but now he is busy mobilising forces to counter the Taliban advance. Gen Ata is confident that national mobilisations of forces will definitely push back the Taliban. General Ata revealed this in an exclusive interview with Manish Rai, geopolitical analyst for the Af-Pak region and Editor of ViewsAround. Excerpts of the interview

Taliban is on the offensive across the country capturing large swaths of territory. In your opinion, what are the main reasons responsible for the Taliban's rapid gains?

Lack of a written plan in the aftermath of the foreign troops withdrawal, untimely withdrawal of the foreign troops without giving enough time to the Afghan defence and security forces to adapt to the gap and lack of unfamiliarity of the Afghan security forces to fix choppers. These all were the reasons behind the downing of the morale of the Afghan security forces. On the other hand, the world and the region gave an illusion to the Taliban as if they can capture the whole of Afghanistan. The Taliban started rallying their militias to attack north of Afghanistan. Some places fell to them because of the cold war propaganda and some fell because their infiltrators helped to do so. Evacuation from some districts was very surprising. In some cases, the Afghan security forces had left and there were no Taliban forces to capture the area within the next 48 hrs. There are complicated games going on. However, the Taliban’s atrocities and onslaught were soon exposed. They resorted to looting the public properties, targeted killings, destroying hospitals, forcing girls into forced marriages with their fighters, their extremist behaviour exposed their real face. It was clear that they were only after destruction. 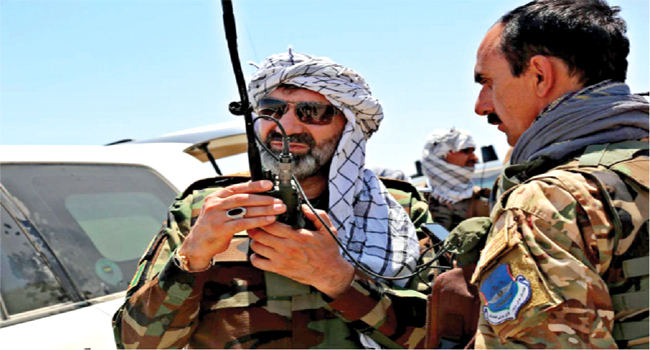 Afghan Armed Forces are handing over many areas to the Taliban without any fight. Why is this happening?

The Afghan forces resisted in many places, and in some places, they surrendered. In some areas, they gave control to the Taliban with the intermediation of some prominent elders. The Afghan national army lost its morale in the wake of the foreign troops withdrawal and as a result of a massive propaganda by the Taliban. But the morale has been boosted by the formation of the national mobilisations. Very soon, the captured districts will be re-taken.

I already explained the reason behind the fall of the districts. Regarding Badakhshan, I had shared the details with the media outlets years ago, when the province was being threatened. I had already warned about the settlement of the foreign terrorists like the IMU of Uzbekistan, ATMI, Uyghurs, Ansarullah of Tajikistan, some branches of the Lashkar-e-Taiba, insurgents from caucasus and Chechnya. The Taliban has focused on the province because of its intact deposits of gold and lapis lazuli. In some parts of Badakhshan, there was resistance. However, due to a lot of unanswered reasons, you may call it a conspiracy, some districts fell to the Taliban without any resistance. Some districts were in no one’s hands for 48 hours as the Taliban didn’t have enough forces to claim control. We have now declared a national mobilisation. We deem it as our responsibility to stand against the onslaught. We have success. There is resistance now against the Taliban. The resistance has stopped the Taliban from making advances. 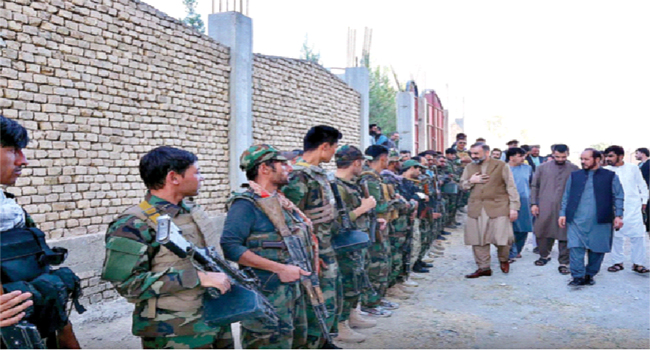 As you command a strong and capable militia are you ready for direct confrontation with the Taliban?

Let me clarify that we don’t have militias. To defend the Government and our shared values, we have formed a national mobilisation against the Taliban. We have been fighting the Taliban for years now. The local forces have a prominent presence all over the country, in particular in the north and we support them. Weeks before the Taliban’s onslaught, we mobilised and armed the forces. In the recent fight in Kaldar, Shortapa and Hayratan, I personally went there with my three sons and thousands of Afghan forces who are like my sons and brothers. We have a history of fighting the Taliban. Although after the fall of the Taliban, we bid farewell to the fighting, we once again deemed it our responsibility to defend our country and our people. The mobilisation forces are currently fighting the Taliban and some are on standby.

In your opinion what steps President Ashraf Ghani should take to tackle the current situation?

I had time and again emphasised the need for forging a national consensus and national mobilisation to support the Afghan defense and security forces, well before the foreign troops withdrawal. We had to do a post-mortem of the situation after the announcement of the withdrawal. Unfortunately, it didn’t happen. The Government had to establish stronger connections with the people, but that also didn’t happen. The one thing that the President has to do as a priority is to re-establish national trust and boost co-existence. A real national consensus has to be forced as soon as possible. The prominent political parties and figures should be considered as supporters of the system and they should be consulted for good governance and the way forward. The morale of the security forces should be boosted and there has to be coordination between the security forces and the national mobilisation. 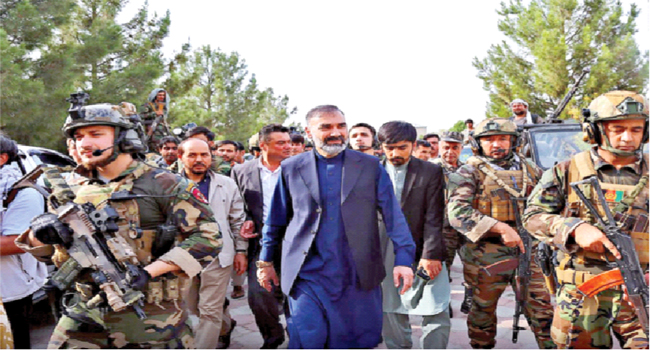 Our people are tired of the war. Our war-ravaged country has suffered a lot and the war has no other implication but destruction. However, if the Taliban continue with their onslaught, it will be our national duty to mobilise people against them, to defend our country and our nation

Are you willing to play an effective role in raising anti-Taliban militias in other parts of the country as well?

Let me correct you that we don’t have militias. The mobilisation forces are the backup forces to support the Afghan national defense and security forces. We have also worked towards achieving enduring peace. Our nation needs peace and that is our priority. If the Taliban agrees to negotiate a political settlement, there is no need to take up arms. Our people are tired of the war. Our war-ravaged country has suffered a lot and the war has no other implication but destruction. However, if the Taliban continue with their onslaught, it will be our national duty to mobilise people against them, to defend our country and our nation. The national mobilisation forces have been formed across the country after we called on them. After the formation of the national mobilisation, the morale of the security forces has been boosted. The security forces have found a moment to regroup themselves and get ready. Because the Taliban are not honest in pursuing peace, we have formed the national mobilisation to stop the Taliban’s onslaught.