A high-intensity explosion took place inside a Madrasa in Bihar’s Banka district, killing an Imam and damaging many houses in the locality 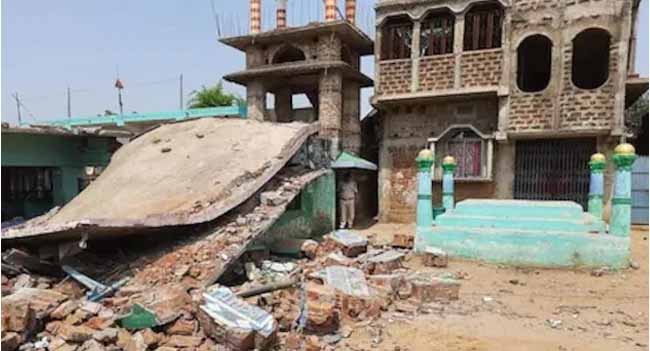 Damaged Madarsa and Masjid where the blast took place

On Tuesday morning (June 8), a massive blast took place inside a Madrasa building in Navtolia area of Bihar’s Banka district. The explosion was so intense that a part of the building fell on the other side of the road.

Reportedly, at least six persons have been injured in the incident. Shockingly, the injured persons are missing since the time of the blast. Mohd Abdul Sattar Maukin (33), Imam of adjoining mosque ‘Noori Masjid’, was killed in the explosion. He was a resident of Jasidih in Jharkhand. 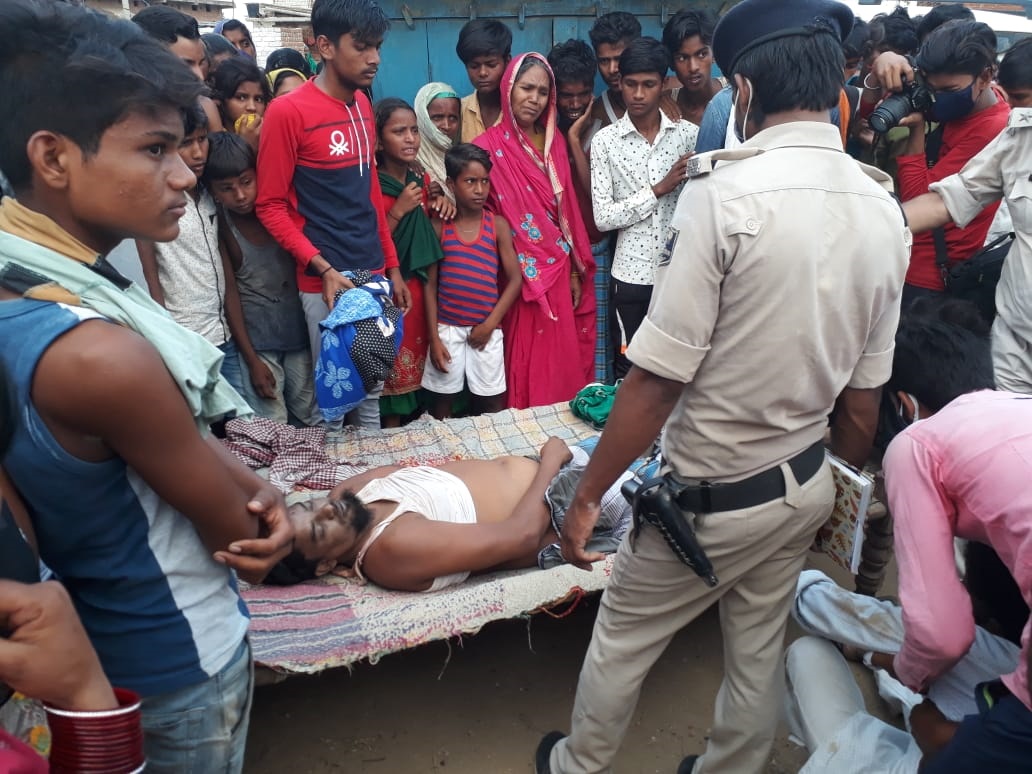 Mohd Abdul Sattar’s body was recovered just outside Navtolia locality. Investigations revealed that the severely injured Imam died on the way to the hospital. According to the police, Imam’s aides tried to take him outside the State for treatment in a car, but he died soon, following which they abandoned the body in the car and fled.

Talking to Organiser, a local, who wished to remain anonymous, said that the explosion took place at 8 am inside a locked room on the ground floor of the Navtolia madrasa building situated in the Town police station area.

Muslim Men Left the Area Soon After The Blast

It is reported that following the explosion, all Muslim men of the area, fearing arrest, ran away from the village.

Another resident of Navtolia, who also wished to remain anonymous, said to Organiser “Some Muslims of the area were planning for an attack. They were storing bombs inside the Madrasa for a long time. Due to lockdown, the Madarasa was non-functional for the last two months, and no student was present. The Mosque building and Madarasa were completely destroyed, and the roof collapsed due to the explosion’s impact.”

He added, “25-30 bombs were kept inside the trunk that was blown away somehow. The explosion was so powerful that people staying one kilometre away could hear the sound. Initially, people from Muslim community lied to police and said the blast happened because of a gas cylinder but when police started the investigation, it was found that it was a bomb blast.”

He also alleged that the Madrasa was a meeting place for miscreants over the last few weeks.

The Deputy Inspector General (Bhagalpur range) Sujeet Kumar also raised questions over Mulsim men leaving the area after the blast. He told the media, “It is shocking that most of the male residents have left the locality soon after the blast.”

Sujeet Kumar also said a team of forensic experts and a dog squad were examining the explosion site to ascertain the reason for the blast.

Meanwhile, the Bihar home department has ordered a probe into the matter; a case of criminal conspiracy, negligent conduct concerning the explosive substance has also been registered against unknown persons under sections of the Indian Penal Code (IPC) and under Section-5 of the Explosive Act.

The investigating officers will also probe a terror angle as the injured people are missing, and none of the locals filed a complaint against the missing people.

Efforts are being made to trace member of the Mosque’s managing committee for more information. Police is also investigating the role of Imam in the matter.

History of Communal Clashes in the Area

The area, with dominance of the Yadav community, also has a large Mulsim population and has a history of communal clashes. While small clashes between the communities are routine, the area witnessed a big clash during the Bihar assembly election 2021.

BJP MLA from Bisfi, Hari Bhushan Thakur, raising questions over the role of mosques and madrasas, said, “These places are the hub of terrorism and only terrorism is taught in these places. The manner in which the blast took place in the Madrasa of Banka, proves this”.

The MLA has demanded a high-level inquiry into this entire matter and said that the government should take immediate action.

“In Madrasas, education is given to harass the Dalit and backward classes so that they convert to Islam”. Referring to the incidents of Kishanganj, Darbhanga, Jamui and Gopalganj in Bihar, he said that the way in which the reports of harassment of Dalits by the Muslim community are coming out, proves that all this is happening in a well-planned manner.