Salman Rushdie, one among the many victims of The Satanic Verses: Here's the complete list

While Salman Rushdie escaped assassination in New York, others who came close to infamous book "The Satanic Verses" faced a worse fate. The stabbing of Salman Rushdie, 33 years after Ayatollah Ruhollah Khomeini issued fatwa on him over his book The Satanic Verses, is in some ways the culmination or may be the ultimate goal in a series of assassination attempts that have taken place in connection with the infamous book in the last three decades. While Rushdie went into hiding for nine years, his book sparked widespread protests and attacks on bookstores, assassination attempts on translators, publishers and many more in connection with the book. 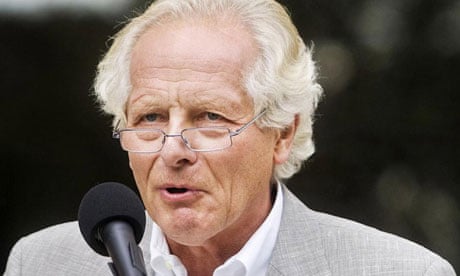 Thirty years ago in 1993, the Norwegian publisher William Nygaard of the book was shot outside his home in a quiet suburb in Oslo on 11 October. He was shot three times right outside his house. “It was early morning and he had just returned home from a book fare when he found the front tire of his car was slashed and the security alarm also went off. He was waiting by his car for a cab after he disabled the alarm when the first bullet struck…And all of a sudden, an enormous kind of electrical shock I felt. After a second or something like that, the second electrical shock. That was the second shot. … And then I really screamed all of a sudden as much as I could, as a kind of reflex probably” he remembers.

Much like Rushdie, he too survived the attack but what was worse was that for more than 2 decades nobody was charged for the crime and the Norwegian police refused to link the assassination attempt to the book. 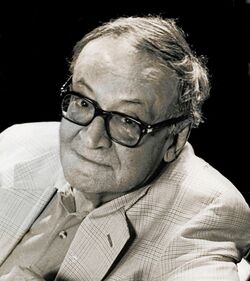 On 3 July, 1991, 61-year-old Ettore Capriolo, the Italian translator of ‘The Satanic Verses,’ was stabbed in his apartment in Milan, Italy. He was brutally beaten and attacked with a knife. While the Milan police did not provide any probable theories on the incident or the attacker, Capriolo survived to tell the police that his assailant had connections with the Iranian embassy.

Just few days after Capriolo’s attack a Japanese translator of The Satanic Verses was found dead in the hallway outside his office at Tsukuba University, Tokyo. 44-year-old Hitoshi Igarashi, who was an assistant professor of comparative culture who reportedly studied in Iran in the 1970’s was stabbed several times was left to die in the hallway outside his office at Tsukuba University. His body was found by the janitor the body of Mr. Igarashi near an elevator on the seventh floor of the building with slash wounds on his neck, face and hands. Even though the police did not provide any leads on this case, news organizations reported that the publisher of the novel had received death threats from Islamic militants and that Mr. Igarashi had for a time been given bodyguards. Aziz Nesin was a Turkish writer who had, in May 1993, published extracts from The Satanic Verses in a left-wing newspaper called Aydinlik. He was a special invitee in the conference for Alevi (a sect within Twelver Shi’a Islam) intellectuals at Hotel Madimak (Otel Madımak) on July 2, 1993 where the deadly Sivas Massacre took place. Learning about his participation Islamic radicals, after the Friday prayers, broke through the police barricades, entered the hotel and set fire it on fire forming a human shield so that none could escape. Nesin miraculously escaped alive using a ladder while 35 of his fellow Alevi poets and intellectuals were burned alive. He died two years later due to a heart attack.

Salman Rushdie was not the first victim nor is he going to be the last. The recent ‘sar tan se juda’ cries and killings that are taking place aftermath Nupur Sharma’s comments on Prophet Mohamed is dangerous to a whole different level. These killings are no longer high-profile targets but ordinary citizens who’ve shown their support towards the BJP spokesperson through a tweet or a change of display photo. The enemy is no longer a man with an unknown man with a AK 47 but your next door neighbour, a long cherished friend or your familiar driver.

Professor Anand Ranganathan, Consulting Editor and columnist for Swarajya, often reminds us on TV debates “snare the fundamentalists but spare the fundamentals”. The fundamentals of Islam say that death is penalty for questioning, criticising or even leaving the holy words of Quran. 1400 years ago, Prophet Muhammad unhappy with the poet Ka’b al-Ashraf for mocking Him in one of his poems, sent his followers to kill Ka’b at his house. The texts are found in the Hadith, Sahih al-Bukhari 4037 speak about the gruesome murder of Ka’b’s foster brother Muhammad bin Maslama:

“When Ka’b comes, I will touch his hair and smell it, and when you see that I have got hold of his head, strip him. I will let you smell his head.” Ka’b al-Ashraf came down to them and wrapped in his clothes, and diffusing perfume. Muhammad bin Maslama said. “have never smelt a better scent than this. Ka’b replied “I have got the best Arab women who know how to use the high class of perfume.” Muhammad bin Maslama requested Ka’b “Will you allow me to smell your head?” Ka’b said “Yes”. Muhammad smelt it and made his companions smell it as well. Then he requested Ka’b again, “Will you let me (smell your head)?” Ka’b said “Yes”. When Muhammad got a strong hold of him, he said (to his companions), “Get at him!” So they killed him and went to the Prophet and informed him.

For the clueless world these are new battles, for them this is an old war. Its only the form that changes. In fact, in all major Islamic countries the words of Quran are followed stringently and those who criticise or leave the fold are imprisoned, killed or silenced constantly. None the less the assault on Saman Rushdie is wake up call and the message is amply clear “you can be in the most powerful country in the world, you could’ve escaped punishment for decades but in the end, we never forget and we will get you”.