Author Kannabiran Ravishankar (KRS), promoted for long by the top brass of the DMK has been holding a fake doctoral degree as confirmed by UC Berkeley. Anti-Hindu Brahmin-baiting ‘Dravidian Stockist’ and self-proclaimed ‘author’ Kannabiran Ravishankar (KRS), promoted for long by the top brass of the DMK, was earlier accused of faking his educational qualifications claiming to have a doctoral degree from University of California, Berkeley.

It has now been confirmed by UC Berkeley that KRS did not attend or receive any degree from any department of UC Berkeley.

It is over, Dravidians.

Your boy Mr Ravishankar Kannabiran has not attended or earned a degree at University of California, Berkeley. Any Dept.

You schmoozed up and fooled Dr Hart. Wait. https://t.co/kKSlqLTzNo

Kannabiran who goes by the handle @kryes on Twitter, is the Editor-in-Chief of Dravida Pozhil, which according to its website is “a quarterly, bi-lingual, academic research journal with focus on Dravidian studies”. He is a high decibel foul-mouthed Dravidian Stockist promoted and platformed by the DK-DMK ecosystem.

He claims himself to be an ‘Investment Banker’ full time and an ‘Adjunct Professor’ in Comparative Literature (Tamil) part-time. He had presented himself as a Ph.D holder from UC Berkeley in many of his tweets, books and and forums. He had claimed that received a doctorate in ‘Comparative Literature’ from University of California, Berkeley. In a tweet, Kannabiran claimed that his department was School of South and South East Asian studies at UC Berkeley. However, it was found that KRS’s name is neither listed in the Ph.D Alumni Directory nor in the ongoing Graduate Students list of UC Berkeley.

Kannabiran had claimed that his thesis title was “The Comparative Nuances of Drama and Social Justice between the Master Poets – Shakespeare, Shelley, Ilango & Kamban.”. However, neither the thesis nor any publications of Kannabiran Ravishankar can be found.

Kannabiran is known for distorting Hindu scriptures and fomenting hatred against Tamil Brahmin community with vile casteist abuses. He has made several derogatroy and vulgar remarks against Hindu Gods. Many of his tweets have foul language objectifying Tamil Brahmin women. He had even used private photos of Tamil brahmin families including that of children to spew the Dravidian ‘anti-Brahmin’ vitriol. Read more about KRS and his anti-Hindu, anti-Brahmin tweets here.

How KRS Was Platformed And Promoted By DMK Leaders

In October 2021, KRS called on DMK chief and Tamil Nadu Chief Minister MK Stalin and gifted a book on the late DMK patriarch Karunanidhi. In the picutre shared he is identified as a professor of Paris University. 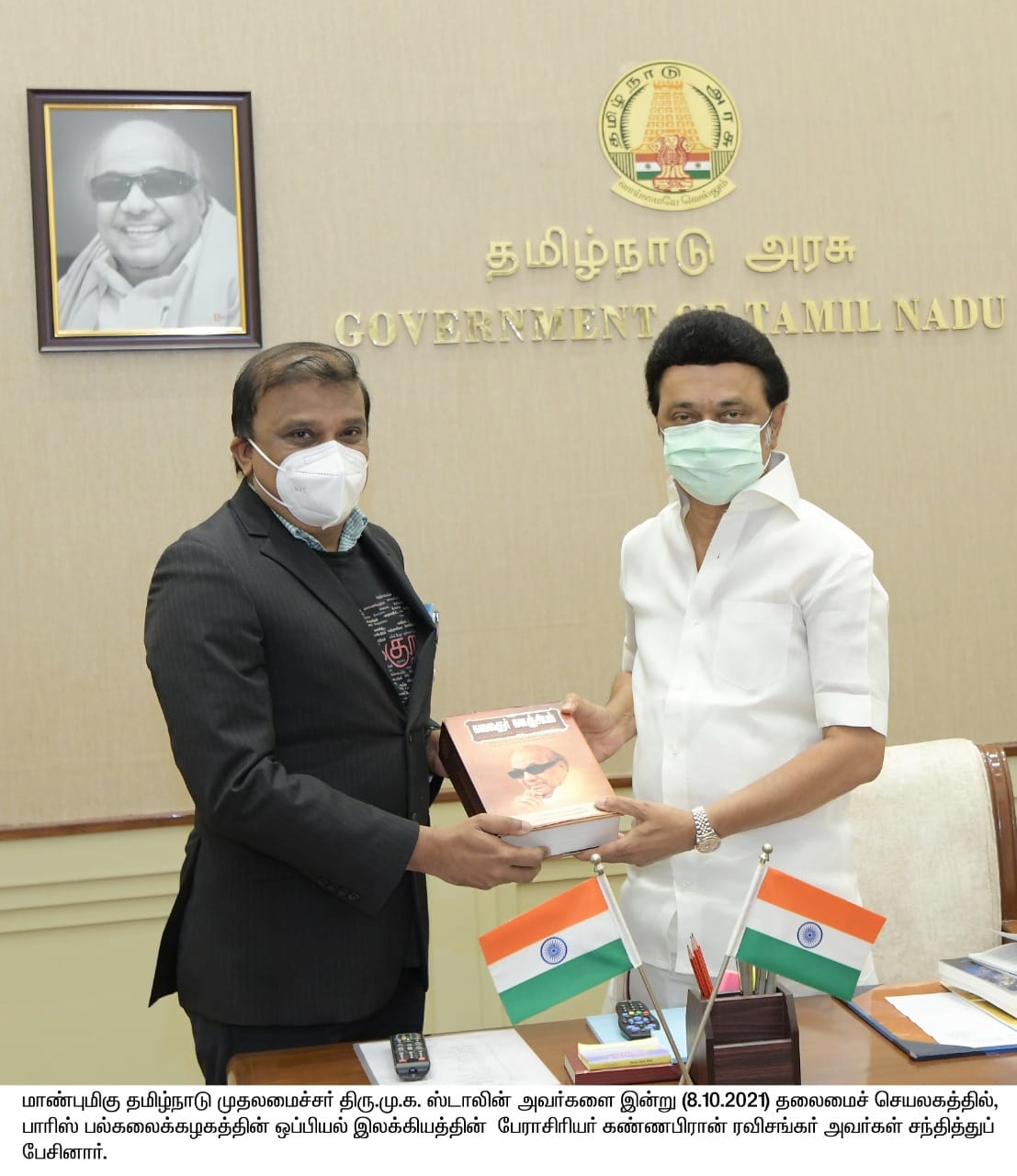 He has been regularly featured in Dravidian Professionals Forum, an organization founded and headed by DMK MLA and current Tamil Nadu Finance Minister PTR Palanivel Thiagarajan and shares close ties with him. 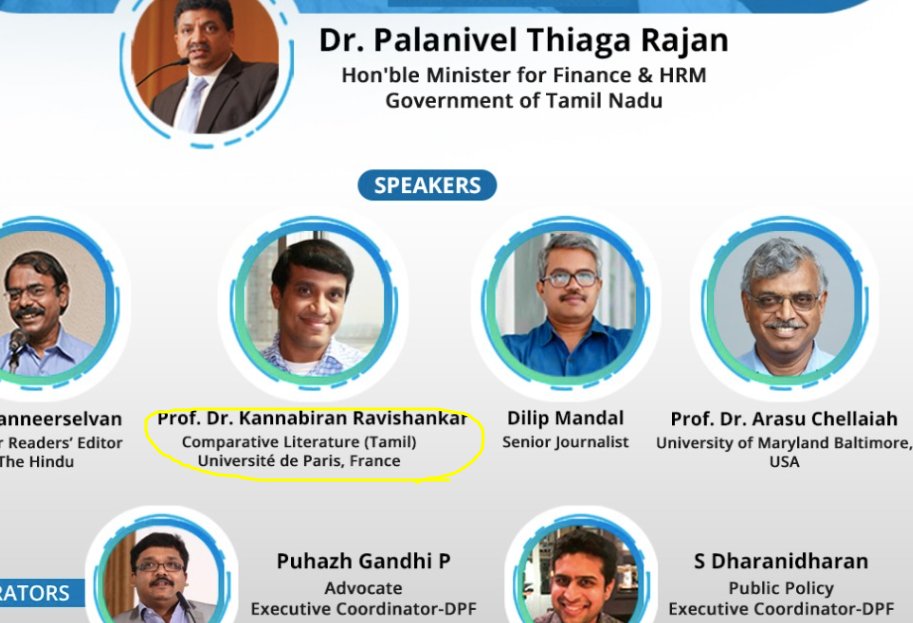 People ask why I am so persistent. The Dravidian intensity of hate reaches into the highest reaches. That is really disconcerting to Tamizh Brahmins. I want to put it out.

It may be recalled that PTR Palanivel Thiagarajan shared close ties with members of the rabid Karuppar Koottam as well.

In September 2021, DMK MP from Dharmapuri Dr. Senthilkumar had shared on his Twitter about his meeting with KRS. In his tweet, the DMK MP said “Met Kannabiran Ravishankar this evening and talked for a long time like friends for several days. Forgot to talk about his and my favorite actress ‘Silk’ Smita.”

On 20 August 2022, Periyar Maniammai Institute Of Science And Technology had held its 30th convocation with Dravida Kazhagam (DK) President K. Veeramani presiding over the function in which KRS was awarded the “Degree of Doctorate of Letters”.