by Yatharth Sikka
in Bharat, Goa Share on FacebookShare on TwitterTelegramEmail
Belying pollsters, BJP managed to register a spectacular comeback in Goa with one seat short of majority in the Assembly

Goa witnessed a multi-cornered election with BJP, Congress, Trinamool Congress, and AAP trying hard to win the mandate of the people. In 2017, the Congress had emerged as the single largest party in the State, winning 17 seats but BJP, which won 13 seats, managed to form the Government with the support of the Goa Forward Party and the MGP. 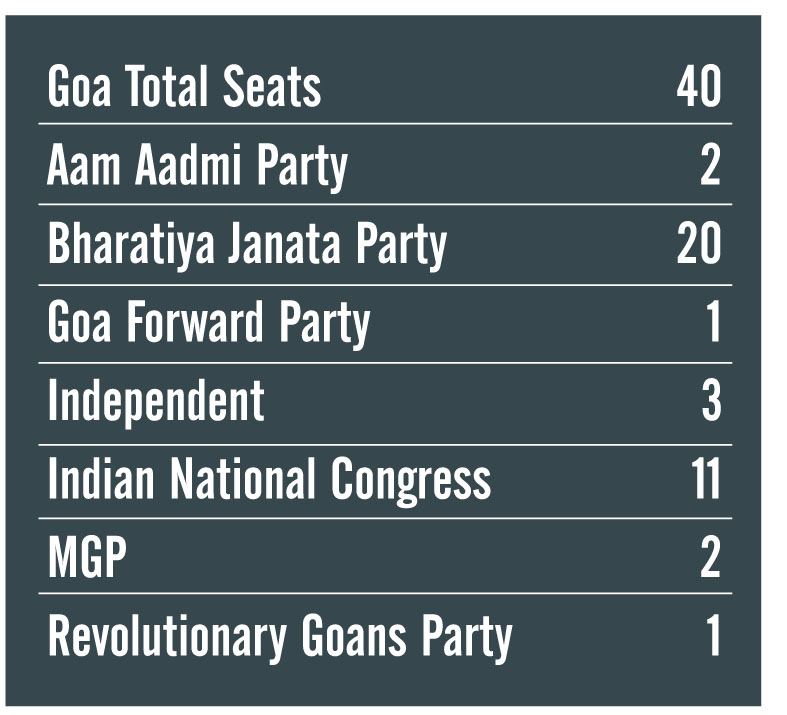 While Bharatiya Janata Party emerged as the single largest party with 20 seats, it will comfortably retain power in Goa. The party will take a decision on staking claim to form the next Government in the State after a meeting of its newly elected MLAs. Pramod Sawant, is all set to continue as the Chief Minister. He retained his Sanquelim seat. 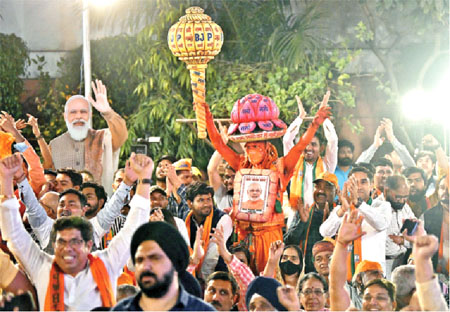 In all the five States that went to the polls, our Party Karyakartas worked tirelessly among the people. They spoke about our good governance agenda and highlighted our pro-people efforts. I salute each and every party Karyakarta for their exceptional efforts.  — Narendra Modi, Prime Minister

Addressing BJP workers after his party's landslide victory in four States, PM said that exit polls have been proven wrong in Goa and vote shares of BJP have increased in all the States.

P Chidambaram said that the Congress lost by a 'very small' margin. “We accept the verdict of the people of Goa. Our candidates fought bravely, despite several obstacles… People have voted BJP to power and we accept that. In several constituencies, we lost with very small margins.” 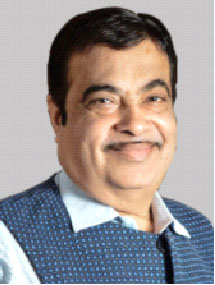 The people of Goa have re-accepted the development-oriented Government of the Bharatiya Janata Party. This major victory in the State shows the confidence in the double engine Government under the leadership of Prime Minister Shri Narendra Modi    — Nitin Gadkari, Union Minister

Congress leader Michael Lobo told reporters, "We had thought that we would win but we have to accept the people's mandate. We will work strongly as the opposition. Congress will have to work hard to win the confidence of people."

It is to be noted that in order to avoid repeating the 2017 fiasco, the Congress shifted all the candidates who had contested the Assembly polls to a luxury resort in Bambolim village near Panaji on March 8.