Commander of the Royal Saudi Land Forces, Lieutenant General Fahd Bin Abdullah Mohammed Al-Mutair, arrived in India on February 14, 2022. This is the first-ever visit by a serving Royal Saudi Land Forces Commander to India and marks deepening bilateral defence cooperation between the two countries. The visit aimed to bolster bilateral defence cooperation between the two countries. During the visit, he met General MM Naravane, Chief of the Army Staff of the Indian Army and held significant bilateral discussions. The relationship between India and Saudi Arabia has grown owing to common interests in economic prosperity, eliminating the scourge of terrorism and mitigating the effects of climate change. 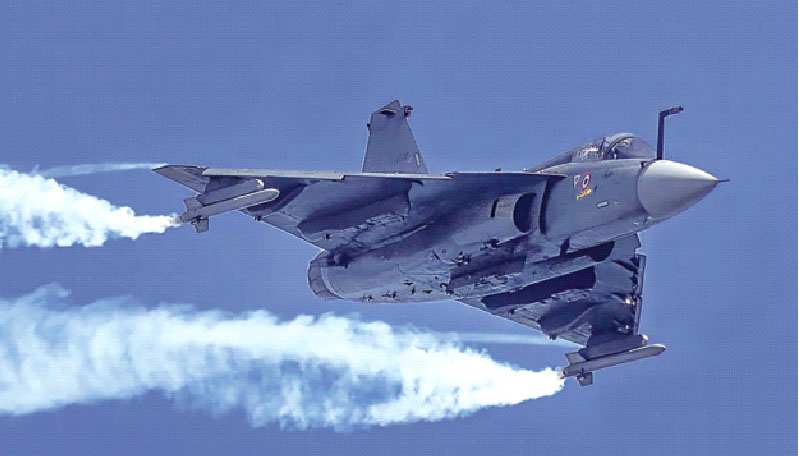 An IAF contingent visited Changi International Airport in Singapore this week to participate in the ‘Singapore Air Show-2022—a biennial event that provides a platform for the Global Aviation Industry to showcase their products. IAF pitched its indigenous Tejas MK-I aircraft alongside participants from across the world. The Tejas aircraft enthralled the audience with its display of low-level aerobatics displaying its superior handling characteristics and manoeuvrability.

COMMANDER OF ROYAL NAVY OF OMAN’S VISIT TO INDIA

Rear Admiral Saif Bin Nasser Bin Mohsin Al Rahbi, Commander of the Royal Navy of Oman (CRNO), paid a goodwill visit to India this week. During the visit, he called on Admiral R Hari Kumar, Chief of the Naval Staff and held discussions to explore avenues to enhance cooperation between the Navies further. The CRNO also visited Western Naval Command and visited IN ships at Naval Dockyard, Mumbai.