Share on FacebookShare on TwitterTelegramEmail
The Taliban has omitted the Ministry of Women from the new government and replaced it with the Ministry of Promotion of Virtue and Prevention of Vice.

New Delhi: Declaring the country an "Islamic Emirate", the Taliban have announced an interim government in war-ravaged Afghanistan. Mullah Mohammad Hasan Akhund, one of the movement's founders, will lead the new regime.

"We know the people of our country have been waiting for a new government," spokesperson Zabihullah Mujahid said at a well-attended press conference.

Even before the withdrawal of US forces, the Taliban seized control of most of the country for about three weeks now, having ousted the elected leadership under President Ashraf Ghani, who had fled the country.

Deputy Prime Minister will be Abdul Ghani Baradar, who perhaps missed the 'leadership' because of Pakistani interference. Mohammed Omar, the first leader of the Taliban, had nicknamed him 'Baradar', which means 'brother'. He held senior positions in the Taliban during their rule from 1996 to 2001. After the Taliban government fell to the US-led invasion in 2001, Baradar rose to lead the organisation's Quetta Shura in Pakistan. He was imprisoned by Pakistan in 2010, allegedly because he had been discussing a peace deal with the Afghan government secretly, without the involvement of Pakistan. He was released in 2018 at the request of the United States.

The proceedings of the media meet were telecast live by most of the well-known news channels.

The new Interior minister for Afghanistan will be FBI-wanted leader Sirajuddin Haqqani of the Haqqani network. This group is affiliated with the Taliban, and Sirajuddin is also described as the 'deputy leader' of the Taliban.

The US has designated the Haqqani network a foreign terrorist organisation. Sirajuddin Haqqani is 'wanted' by US agencies for questioning in connection with the January 2008 attack on a hotel in Kabul, Afghanistan, that killed six people.

"He is believed to have coordinated and participated in cross-border attacks against United States and coalition forces in Afghanistan. Haqqani also allegedly was involved in the planning of the assassination attempt on Afghan President Hamid Karzai in 2008," an FBI note says. 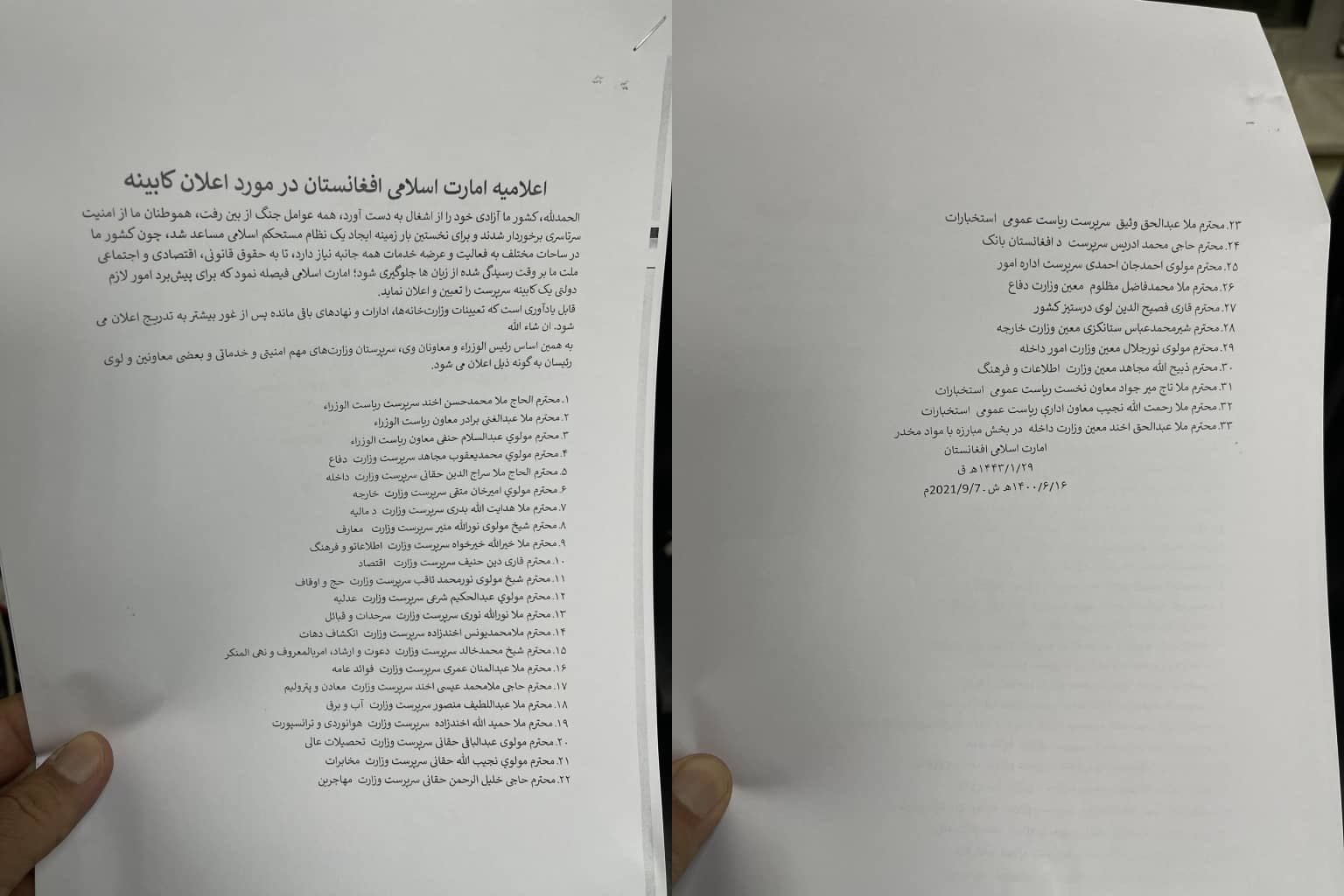 Key figures in the interim Govt:

The Defence Minister Mullah Yaqub is the son of Mulla Muhammad Umar.