TOKYO 2020: The Emergence of New India in Sports

TOKYO 2020: The Emergence of New India in Sports

by Abhishek Dubey
in World, Sports Share on FacebookShare on TwitterTelegramEmail
The journey of Indian athletes in the Tokyo Olympics 2020 was phenomenal. One can hope that in the 75th to 100th years of our Independence journey, these sporting icons will inspire enough sportspersons to make India a Powerful sporting nation

Days before India celebrates its 75th Independence Day, a new chapter of sporting excellence has unfolded. The 121 member-strong Indian contingent has given a strong statement of intent in the most prominent global sporting platform. India won seven medals this time, its best-ever haul at the Olympics.

But how often have we seen a strong underlying trend in history being a far more emphatic story, rather than the final result itself? Tokyo Olympics for India falls within the broader narrative. The overall results have to be celebrated. But here again, the trends are far more encouraging than the final results.

India opened its medal count on day one itself, when its daughter from the North-East, Mirabai Chanu, won the silver medal in weightlifting. The medal was a testimony of the resilience of the girl from Manipur, who rose from the ashes after the fiasco in Rio 2016.

It was a classic case of what our sporting talents could achieve if the system suitably backs them. Weak shoulders and aching backs, how weightlifters injury and technique were fixed by the coaches and domain experts, ably backed by the Sports Ministry and Sports Authority of India (SAI), is a story which needs to be revisited.

If India aspires to be a strong sports nation, the North-East has to be the engine of its growth story. One of the samples of what this powerhouse could achieve is MC Mary Kom. The iron lady failed to bid adieu to the Olympics journey with a trademark win. But the baton was passed on in Tokyo itself to a strong legacy epitomised by Lovlina Borgohain from Assam. Lovlina’s strong punches assured India of its second medal and, more importantly, a strong hope of the colour of the medal being improved in time to come.

This was the Olympics that established PV Sindhu as the best ever Indian athlete in an individual sport. After her silver in Rio 2016, she won the bronze in Tokyo 2021. In the process, she became the first-ever Indian woman to win consecutive Olympics. Add the world championship and five world titles; Sindhu is undisputedly the best Indian individual athlete. The calmness in her face while coming out of the temple along with her family was the signature stamp of the inner ‘shakti’ of modern Indian women. 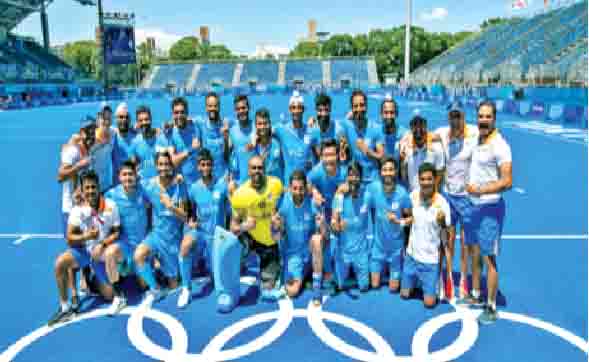 This ‘shakti’ of Indian women was to unfold in another group picture which will be a part of our abiding memories for many more years. A group of women wielding hockey sticks in their hands. They had fought poverty in their lives. They have had existential crises from the early stages of their lives. But they had the ‘shakti’ or the power to change every such adversity into advantages.

Rani Rampal and the Indian women’s hockey team may have missed the podium. But they won a billion hearts with their sheer determination and spirited performances. When medals will flow in the years ahead, this group of girls will be the inspiration behind this. The reel life drama of Chak de India was not even a patch on the real-life achievements of these Indian daughters holding hockey sticks.

Hockey for Indians is more than a game. It’s an emotion that connects many of us to our nascent years of formation. There was a time when it was said, ‘Indians are born with two legs and a hockey stick’. When the world’s most ancient civilisation got Independence and started taking baby steps as a young nation 75 years ago, hockey was its pride and part of the larger identity on the world stage.

Why does every romantic story ends in a tragedy? This was the question on playback that we confronted when our third leg in the form of the hockey stick weakened. Will we have someone left to tell our future generation that once upon a time, we were eight-time Olympics champions- this was the refrain of many of the legends of the game who were part of the golden generation.

Tokyo brought about the renaissance of Indian sports as both India’s men’s and women’s hockey teams reached the semi-final stage, the only country to do so. After more than four decades of wait, the Indian men hockey team had a podium finish, winning the bronze medal. History reminds us that the foundations of strong nations are made when it shows the will and the courage to address its legacy issues. For far too long, there was a feeling amongst the people of the large section of the country that the person who was the best ever hockey player to have walked on the planet, Major Dhyanchand, never got his due, in the very country he was born. The bold move of renaming ‘Dhyanchand Award’ as the highest award of sporting excellence in the country will go a long way for the young nation coming in terms with its genuine emotions.

Wrestling is a sport that has been the way of Indian life in its ancient literature and folklore. Gradually, it has emerged as the signature Indian sport in the Olympics as well. KD Jadhav was the first Indian wrestler to have won a medal in the Olympics. After that, there was a long wait. Sushil Kumar won two back to back medals in the Beijing and London Olympics—becoming the first Indian sportsperson to do so. In the London Olympics 2012, another wrestler Yogeshwar Dutt joined Sushil Kumar in getting a medal for the country. 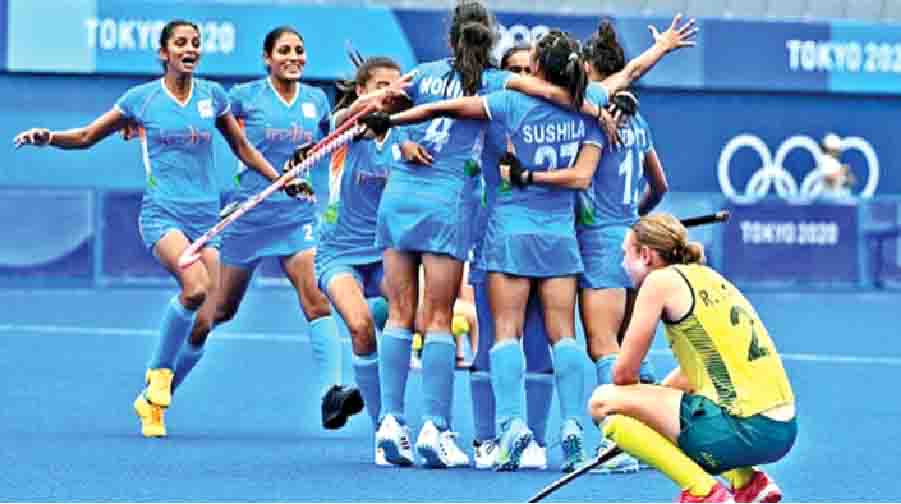 In Rio Olympics 2016, Sakshi Malik became the first Indian women wrestler to win the medal for the country in the Olympics. Tokyo Olympics marked the arrival of two more Indian wrestlers— Ravi Dahiya winning a silver medal and Bajrang Punia winning a bronze medal. In Haryana, we have the state that has got the wherewithal to keep our legacy of wrestling alive and make the country the powerhouse in sports. However, if we talk of the Tokyo Olympics 2021, the biggest Indian star was to emerge from the state of Haryana. Neeraj Chopra is his name.

Neeraj Chopra became the first Indian to have won a medal in a track and field event in the game’s history. But to put his accomplishment in real perspective— there are certain facts that need to be understood. Before Neeraj, no Asian has ever won the men’s javelin gold before. Neeraj is the only second non-white to win it after Kershorn Walcott. The medal in javelin is monopolised by Finns and other Nordics- Germany, USSR and Hungary making up the most of the rest. Neeraj is the only second-ever Asian to win an Olympics throwing event after Koji Murofushiu’s 2004 hammer throw win. Importantly, Koji is the son of five-times Asian Games hammer throw champion Shigenobu Morufushi and a Hungarian- Romanian competitive javelin thrower.

On the contrary, Neeraj comes from a country having no pedigree in the javelin. Only three men have won the Javelin event in over a century with the first throw: Hungarian legend Mikolas Nemeth in 1976, Jan Zelezny, the greatest javelin thrower ever in 1992 Neeraj Chopra in Tokyo 2021. Clearly, Neeraj gold medal, more than a medal, exemplifies the limits to which Indians could achieve in sports and other walks of life.

When we look at top medal-winning countries today, one may say that our achievements don’t stand even closer to them. But decisive small steps we are taking today will lead to a quantum jump in the years ahead. India is a diverse country with a huge population and has multiple challenges. We are a functioning and vibrant democracy, unlike guided autocracies like the erstwhile USSR and China today. Our path to the top of the podium has to be our own. Tokyo Olympics 2020 was our best Olympics in terms of the medal count. Three years from now, in Paris Olympics, Neeraj Chopra and Ravi Dahiya will be 26 years old, Manu Bhaker and Sourav Chaudhary 22 years old, Deepak Puniya will be 25 years and Vinesh Phogat and PV Sindhu, both 29 years old. Bajrang Punia will be 30 years old. Many in their teens following the Khelo India Games route will join them. In our journey from our 75th to 100th years of our independence, these sporting icons will inspire enough athletes to make India a topper in the medals tally.

(The writer is a National Advisor Prasar Bharati sports)

Deciphering the Concept of “SWA”