Dhirendra Prasad Singh, who converted to. Christianity to become David, refused to perform the last rites of his mother because she did not convert to Christianity even after great pressure mounted on her by Singh and his wife.

Saroj Singh’s maternal granddaughter Shweta Suman performed her last rites in Gwalior on June 2 after covering a distance of about 1,100 km from Bokaro.

It is to be noted that Christian missionaries in large numbers are engaged in the business of conversion. Recently, a case had come up in Gwalior, where David converted from Dhirendra Prasad Singh, a Hindu, committed cruelty on his mother for not converting her into a Christian, because of which she died.

Saroj Singh’s granddaughter Shweta Suman has alleged that her maternal grandmother died due to the torture of David.

After becoming a Christian, David did not even talk to his parents for months. Instead of taking care of their well-being in old age, he pressured them to convert to Christian. After all these daily fights and pressure, David’s father, Rajendra Prasad Singh, died in 2018. Even after his father’s death, he did not even come to see his father for the last rites as he had become a staunch Christian. Not only this, he further pressurised his mother to become a Christian. Due to this, his mother started living in Bokaro, Jharkhand, with her daughter Veena Prasad.

David, who had been away from his mother for years, suddenly reached Bokaro in November 2019 and insisted to take his mother to Gwalior. Shweta says, “My uncle imprisoned her at home in a way after taking her to Gwalior. She was not allowed to meet anyone, and whenever my uncle and aunt went out, they used to lock her. Sometimes she would secretly call and tell us that David is insisting on converting her into a Church going Christian but I want to remain a Hindu for the rest of my life. Please save me. He will kill me too. When my uncle came to know that my granddaughter calls us, he stopped giving the phone because we were not in touch with her for a long time”.

“In the afternoon on June 2, when my grandmother found a mobile, she called us and said David had beaten me today also, take me from here to Bokaro, but we could not bring them even if we wanted to, because till date, we don’t know where my uncle lives in Gwalior. Then on June 3, we got to know that she is no more”, says Saroj Singh’s Granddaughter Suman.

It is alleged that when David felt that his mother would no longer be alive, he started taking her to the hospital, but she died on the way. In the hospital, David sometimes named his name Dhirendra, and sometimes David. This made him suspicious, and the hospital administration called the police. Post-mortem of the body was also done.

Shweta disagreed with her brother’s decision and contacted the Gwalior administration and requested to keep her body safe. After this, the administration denied giving the dead body to David.

On June 4, when Shweta reached Gwalior, David told her that, “I am now a Christian, and will not perform the last rites of my mother according to Hindu customs. Everything will be done according to Christian customs.”

When the dispute escalated, Shweta took the help of the District Magistrate of Gwalior, and Shweta, with the help of social workers, reached Muktidham in Gwalior with the body of the grandmother and performed her last rites.

Shweta says, “My whole family has been shattered because of this conversion. The venomous snake of conversion destroyed my family, and this snake needs to be crushed.”

It is to be noted that Shweta’s mother, Veena Prasad has also died on May 4 because of deadly Coronavirus.

Shweta says, “Within a month, the mother and grandmother left us. Despite this, my uncle’ heart did not melt. They didn’t even console us. What kind of person do these Christians want to be?

During this time, he started visiting his youngest sister Usha, who worked in the railways in Indore. In those days, Usha came in contact with some Christian missionaries. Dhirendra, too came in contact with those people. A few days later, Usha left her job and married Titus, a South Indian Christian. It is alleged that Usha and Titus work as conversion mafia, Christian missionaries in Basti (U.P.). It was Usha who made her brother Dhirendra a Christian.

Usha’s father, Rajendra Prasad, broke down after she became a Christian, and a few years later, Dhirendra also converted to Christianity. 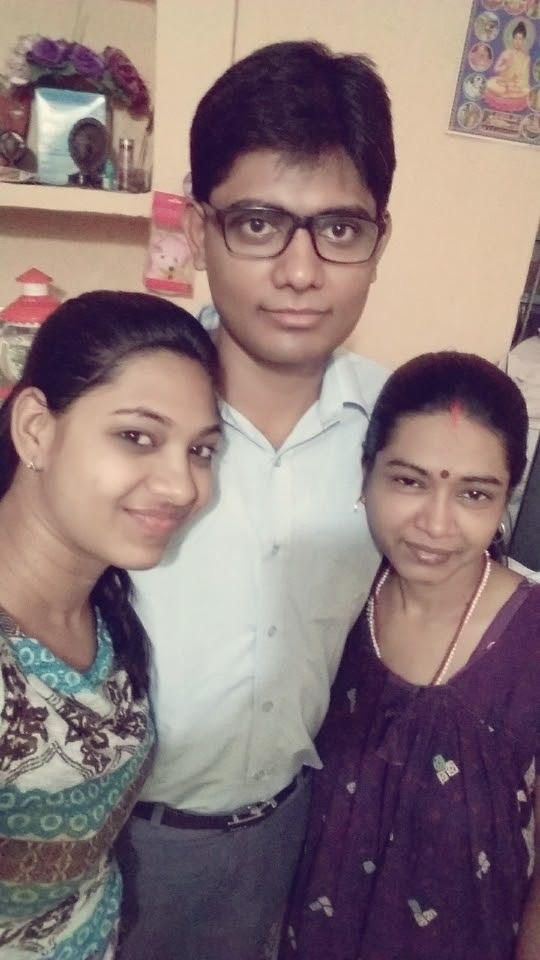 Both tried to make Rekha a Christian, but her husband strongly opposed them; after that, Rekha and her wife fought. Since then, Rekha used to live with her mother in Bokaro. In 2019, Dhirendra took Rekha along with her mother to Gwalior. According to Shweta, Rekha’s mental condition had deteriorated due to David’s atrocities.

It is to be that David married a Muslim girl six months after converting her to Christianity. David’s wife used to beat her mother-in-law and sister-in-law Rekha. Shweta also said that her uncle Titus had said many times since 2016 to convert the whole family into Christians for Rs 25 lakhs.

It is noteworthy that Shweta comes from Kurmi caste. Many such organisations are associated with the Church and Christian missionaries in Jharkhand, which has been inciting the people of the Kurmi caste to convert to Christianity for money.

Shweta also said an investigation must be made to ascertain from where Christian organisations get so much money.