Share on FacebookShare on TwitterTelegramEmail
The Jharkhand government, where Congress is a ruling partner, allotted the hall in the main Jharkhand Assembly Building for offering namaz. This has happened for the first time.

The Hemant Soren government of Jharkhand allotted a special hall in the main Jharkhand Assembly Building for offering namaz. The order to this effect was passed on Thursday (September 2).

“In the new assembly building, hall no TW-348 is being allotted for offering namaz”, read the order. 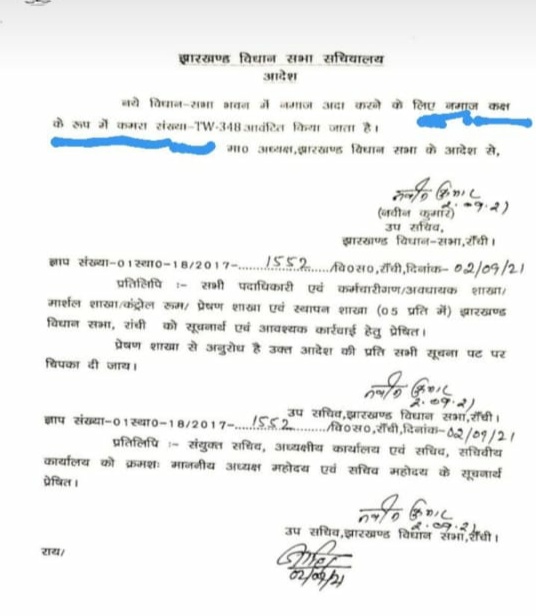 The Leader of Opposition Babulal Marandi criticised the Jharkhand government for allotting a hall for offering namaz inside the assembly building.

He added, “The Jharkhand government will have to take back this decision.”

Earlier, as reported by the Organiser, the Congress MLA in Jharkhand, Irfan Ansari, had praised the Taliban takeover of Afghanistan, saying ‘Afghan people are happy’.

Scientists develop a device to grow microorganisms in outer space